...but only to cars and buses!
It's open to pedestrians, people on bikes, electric bikes and other sensible forms of transport.

Hammersmith Bridge has been closed to cars, buses and other motor vehicles since 10th April 2019, since cracks were found in its structure during an inspection. However, it's open to pedestrians and people on bicycles. The bridge will be closed to motor traffic indefinitely - or at least for 2-3 years anyway.

A lot of people are unhappy about this, complaining that a major artery into London has been closed. But others believe that the closure of Hammersmith Bridge can bring benefits for the local community and the environment. As with most things in life, there are pros and cons.

And what of the future? The bridge was built long before private cars became ubiquitous. Even if it is repaired, it will need to be closed again in the near future for further repairs, and so on and so on. Is it really worth it? Could there be a better future for Hammersmith Bridge?

In the meantime, efforts are being made by Hammersmith & Fulham, Richmond and Transport for London to make the best of the situation.

Hammersmith Bridge is a crossing over the River Thames between Hammersmith and Barnes. It was designed by Sir Joseph Bazalgette and opened in 1887. It is 210m long and 13m wide and consists of a central roadway with a walkway on either side. It's London's weakest bridge, and there has been a weight limit of 7.5 tonnes on its roadway for many years. Find out more about Hammersmith Bridge...

Next: About the bridge → 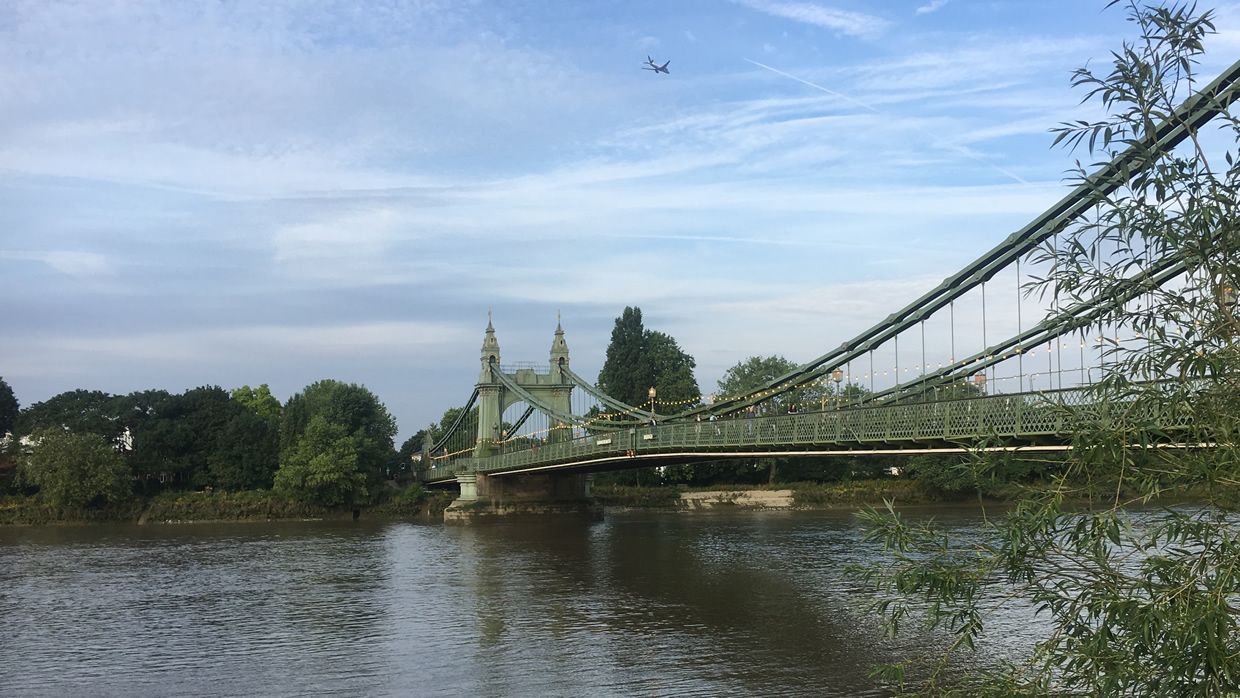